When it comes to history, we can say without a doubt that Shakespeare has been a huge part in forming not only past history but forming the world of art and theatre today. The Globe Theatre, located in London and having a total of three buildings, has been strongly linked with Shakespeare for centuries. The Globe stands only yards away from the original and is both a source of entertainment and a source of education for many. If you want to learn everything about Shakespeare’s Globe Theatre and what you can expect to find if you ever visit it, read on.

Shakespeare’s Globe Theatre works to reconstruct the open-air playhouse where the famous playwright created his most famous work and in a sense is where some of the greatest work in history was written. When people first hear about this location and when they visit it, the common question is why it’s called The Globe. After all, it makes sense why they call the building Shakespeare’s Theatre but understanding why the last part of the name is included isn’t always as obvious.

William Shakespeare was born in 1564 in Stratford upon Avon, UK. Shakespeare was a writer in British theatre during the English Renaissance. Although Shakespeare is most commonly recognised and celebrated for his plays, they’re not the only thing that Shakespeare worked on in his time. He also wrote poems that are immensely popular around the world to this day. Shakespeare’s career first truly got started in London and during this time his first printed works were published. Together Shakespeare’s works include 2 narrative poems, a vast variety of other poems, 38 plays and 154 sonnets.

When it comes to William Shakespeare, we have the utmost respect and truly love his work. We’re writing this blog post to share with people the love that we have for Shakespeare and to share the great works that he created in his time.

In this article, we’ll talk about why Shakespeare’s Theatre is called The Globe and the history behind it.

Why was the theatre originally called the Globe?

The Globe Theatre was originally built by the Lord’s Chamberlain’s Men (later known as the King’s Men), a company that William Shakespeare part-owned and wrote for. The Globe Theatre that you may be familiar with today is the third Globe while the first was created in 1599. In May 1599 the first theatre was ready to be opened and it was named the Globe. The theatre was originally named the Globe after the figure of Hercules. Hercules is seen carrying the globe and hence why it was chosen as the name for the theatre.

In 1997 a modern reconstruction of the theatre opened close to the site of the original theatre. The theatre that is now Gielgud Theatre was originally called ‘Globe Theatre’ from 1909 before it was renamed in honour of John Gielgud in 1994.

How many plays did the Chamberlain’s Men perform?

After the theatre was created and Shakespeare’s plays took off, the Lord Chamberlain’s Men had much success and over time became known as The King’s Men. A number of Shakespeare’s plays were performed at the theatre early on and they included As You Like It, Hamlet, Henry V, Measure for Measure, As You Like It, Hamlet, Othello, King Lear, Macbeth, Julius Caesar, and Antony and Cleopatra.

The Lord Chamberlain’s Men originally performed at The Theatre in 1594, which was located in Shoreditch. Eventually, the actors worked to build a new theatre after it was taken down after the theatre’s landlord had planned to cancel the lease. The new theatre was preparing to open in 1599 and once opened it was successful. The theatre continued to be successful and perform plays until disaster struck.

The Globe caught fire in 1613 and burned to the ground. It was rebuilt in February 1614, although at this time Shakespeare had less influence on the theatre. In 1642 parliament ordered the closure of theatres in London and shortly after the Globe was destroyed. However, in 1970 Samual Wanamaker, an American actor and director, started on a journey to reconstruct the original Globe Theatre.

For the next few decades, they worked to build it until it became the Globe that we’re familiar with today. The new Globe Theatre opened in 1997, right next to where the original stood before. Today The Globe is still standing as a monument to Shakespeare and is a historic piece that’s valued and a part of history.

What was Shakespeare’s occupation?

William Shakespeare is most well known for being an English playwright, but he also had other occupations in his time. Shakespeare was a poet, actor and playwright.

It’s no surprise that Shakespeare’s work impacted the world, not only today but especially back when his plays were first performed. Shakespeare made a name for the theatre and was a shareholder with the theatre to make money. The Lord Chamberlain’s Men started performing and quickly become a part of the theatre. Shakespeare was a huge part in introducing new things in his time and bringing theatre alive in a new way.

When we think about everything that Shakespeare accomplished in his time and his plays, there’s a lot to discover. After all, it’s impossible to try to truly convey what he did throughout his time and talking about his time at the Globe Theatre is only a small bit of his career. Although Shakespeare is most well known for his plays, it’s important to remember that he impacted the world in many different ways as well.

Shakespeare plays a huge part in our history and when it comes to the Globe Theatre, it’s important to recognise its importance in theatre history. To make sure that you know the important parts of theatre history, you want to educate yourself on all things about the Globe Theatre. We hope that the information above has helped to give you some information on why was Shakespeare’s Theatre called The Globe and the history of the theatre itself.

If you want to expand your knowledge of the Globe Theatre and William Shakespeare, the good news is that the internet is full of information about both of these topics. Although a quick google search will get you a vast amount of results that you can breeze through, we’ll link to a few of our favourite articles on the topic as well. To learn more about the Globe Theatre visit this article and to learn about William Shakespeare visit this article.

If you want to learn more details or have any questions about this article and The Globe, please feel free to reach out. We’re always interested in what our readers have to say. 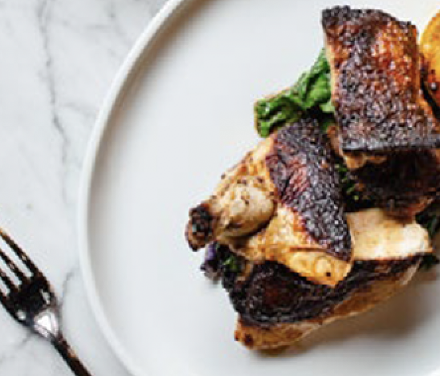 10 things to do by the River Thames

Why Was The Shakespeare’s Theatre Called The Globe?

Venue hire in Central London next to Shakespeare’s Globe

The Underglobe, a venue hire with dramatic impact